Attention: You are now leaving a Wintrust Community Bank website.

You are now entering a Wintrust sister page.

Our Board of Directors

Check out a full list of our holiday hours for the year.

Our team of experts is ready to help you manage your wealth.

Access all the commercial banking resources your business needs to succeed. 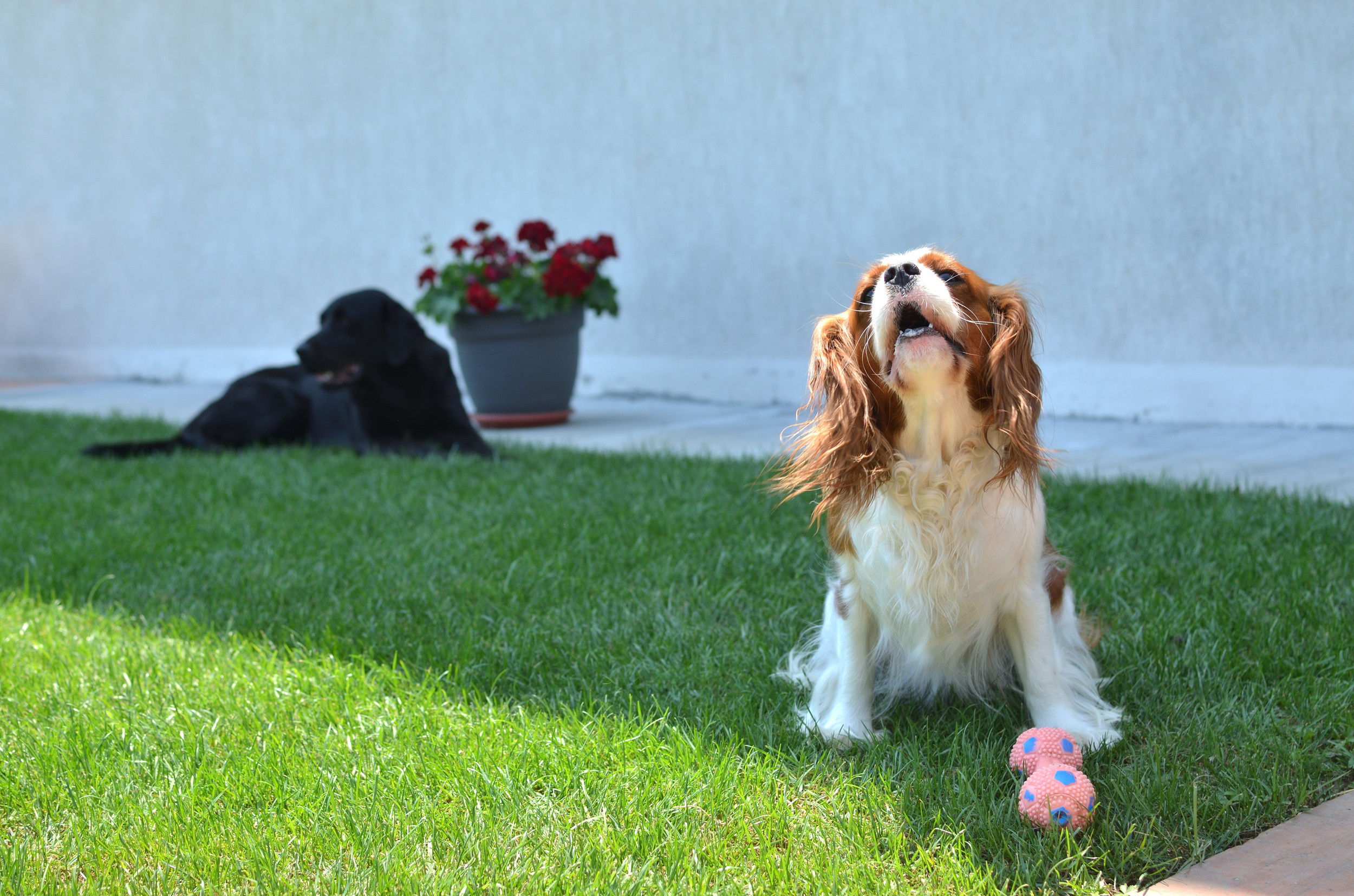 The annual cost of pet ownership: can you afford a furry friend?

The annual cost of pet ownership: can you afford a furry friend?

Financial Education / The annual cost of pet ownership: can you afford a furry friend?

Do you have friends who—as soon as they moved into their first adult place of their own—immediately went out and got an adorable puppy or cat?

I sure do, because I was one of them. When I was 24 I moved into my first "real" apartment with my girlfriend (now wife), Lauren. We could barely afford the rent, but being young and overwhelmed by "playing family" for the first time, we adopted two kittens from a local animal shelter. Ten years later, we've lost one of the cats but the other, a raspy-breathed tortoise calico named Moose, is still in the family.

Along the way, we've spent thousands on food and veterinary care including a $2,000+ surgery that fell while Lauren was an even poorer law student.

We certainly don't regret having pets—in fact, we've now adopted a dog, too—but we obviously were not thinking about the potential (and not insignificant) costs of pet ownership when we were young and looking for a cat.

If you have the foresight and are considering bringing a furry friend into your home, you might want to ask: Can you afford to be a pet owner?

The costs of bringing an animal into your home go far beyond any initial adoption fee, which can vary from nothing at all to hundreds of dollars. Here is a breakdown of the average first-year cost of pet ownership for one medium dog.

As you can see, having a pet can cost you over $1,000 in the first year, and well over $500 each additional year. Depending on the food you buy and sudden medical expenses, the costs could be much higher. Furthermore, these tables are not inclusive. If you travel, tack on pet sitting or kennel services, and if you rent an apartment, expect to pay a sometimes no refundable pet deposit or cleaning fee, if your landlord allows animals at all.

The Texas Society of CPAs has a PDF version of a pet budget worksheet you can use to help you estimate pet ownership costs. While the page is geared at parents teaching kids the costs involved in pet ownership, the actual worksheet is universal and could be useful in trying to determine what your actual pet ownership costs might be.

These figures take into account having pet health insurance, which many pet owners do not. If your animal gets sick and you do not have insurance, vet bills can quickly escalate into the thousands of dollars. If you don't have pet insurance, then potential pet costs are another reason to have an emergency fund of at least several thousand dollars.

Since we first published this breakdown, animal-loving readers had some passionate opinions about the subject.

Reader Willfe said he thought some of the averages were too high. His cats' food costs about $72 per year, he said, even though it's name brand. He also suggested buying litter in bulk, which he said could lower that amount as much as $50 per year.

Another reader, Amy, said she is part of the "frequent buyer" program at her pet store, so she is able to get the tenth bag of dog or cat food for free.

On the other hand, some readers pointed out there are occasional surprise costs associated with pets—and not a good kind of surprise. These additional fees could be significantly higher than the estimates.

Livingalmostlarge said he spends $30 per month on Heartguard and flea/tick medication.

Meg suggested there might be some opportunity costs associated with pet ownership.

"Many of my coworkers have to take long lunches and frequently miss office happy hours to go home and walk their dogs. I also see people in suits frantically walking their dogs in the morning by my building, late for work. Not something I'm ready to deal with yet," she wrote.

"Funny About Money" said since pets cause damage at times, replacing your stuff should be factored in, too.

How to prepare for the unexpected

Kiplinger recently published an article on this topic, the hidden and unexpected costs of owning a pet. The authors suggest putting away an emergency fund for unexpected pet health costs: "Owners will likely incur at least one $2,000 – $4,000 bill for emergency care at some point during their pet's lifetime", says Dr. Louise Murray, vice-president of the ASPCA's Bergh Memorial Animal Hospital, in New York City.

In our case, that's already been true. When he was two, DiMaggio almost died of a mysterious bacterial infection in his brain. When we thought we might lose him, we would have paid anything to make him better. Luckily, he pulled through. But between his medication and time in the pet hospital, the illness cost us several thousand dollars.

Staff writer Lauren Barret says it's also good to budget for pet dental care. "My cat, Luna, has bad teeth—it's genetic, just like with people—and she's already had three removed, and will need to have more taken out soon. I'm kind of just assuming this will keep happening every year or so, and set aside $500 or so to cover it."

We've also had to pay for either a kennel or similar service when we go on vacations. I guess that's somewhat expected, but in a given year, it's hard to budget for that.

What should we learn from this? Like a lot of things, the costs of pet ownership are unpredictable. As much as we can estimate cost for a year, it's better to have a safety net in case of a major illness or another emergency. You never want to be in a situation where you have to choose between saving your pet's life and putting yourself into serious debt.

Here are a few steps for making sure you can afford to own a pet:

1. Figure out how monthly expenses will affect your budget.

Are you currently overspending in some area (eating at restaurants, indulging a shoe passion, maybe) where you can cut back? Is that worth it to you? If the answer is "no," you probably aren't willing to make the sacrifices necessary to keep a pet happy and healthy.

Don't just say, "It would never happen to me." We didn't think it would happen to us either. But as the Kiplinger article says, it is almost definite that every pet during its lifetime will have a major vet bill. Setting aside the funds for that is not optional!

3. Consider how you will feel if you are faced with a life-saving vet bill you can't really afford before it happens.

If you don't, you may be faced with a Sophie's choice between your pet's life and being able to pay the rent next month. Don't put yourself in this position; it's not fair to you, nor your future furry friend.

4. If you're worried about not being able to afford big vet bills, consider pet insurance.

My family did not purchase pet insurance, but in hindsight, we probably should have. When you visit your local vet, he or she will likely have a lot of information for you about purchasing the insurance, but you should do your own research. Not all policies are created equal.

This article was written by David Weliver from Money Under 30 and was legally licensed through the NewsCred publisher network. Please direct all licensing questions to legal@newscred.com.

Related Topics
January 14, 2021
Want to get financially healthy in 2021? 5 simple New Year’s resolutions
by Liz Frazier
January 07, 2021
I picked 3 personal finance rules of thumb to help me build wealth in my 20s, and they're working so far
by Tanza Loudenback
December 17, 2020
The secret to saving the perfect amount of money every time you get paid
by Julia Glum